Not really what I wanted ~ Part 2

I'm doing this as a series, simply as to do it all in one post would be far too long, so here goes with part 2. At the end of Part 1 I had been referred to the London Gender Identity Clinic in October 2013, I had also reminisced about earlier life and how I had given up the struggle of trying to be a man.

After starting my coming out process in the middle of 2014, by the beginning of 2015 I had begun to live full time as Paula, I made a legal change of name, but could do very little else as to change gender markers on passports or Drivers License needs a Doctor's letter. It wasn't until December 2014 that I had my first official contact from the London GIC 15 months after my referral, at the time I was horrified as I tried to negotiate life as a woman with no medical help ~ these days that same clinic is currently offering first appointments to people referred in January 2018 that's 59 months, not to the appointment, to the appointment being offered! 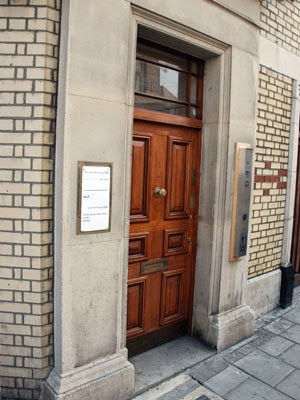 I had my first appointment in April 2015, this first appointment is just an initial chat and assessment, pretty much the same as I had already had with the local mental health team. ~ The specialists one sees at a GIC are psychiatrists, even though Gender Dysphoria or no longer considered a mental disorder. ~ It was at my second appointment right at the end of November 2015 that my treatment began with a prescription for oestrogen, this was a big thing, but by then I had separated from my wife, sold my home and moved to a studio back in Croydon, I had changed my legal name, got a new passport and driving license, and had been living full time as a woman for almost a full year. It would not be until December 2018 that they managed to get my dose correct, the same month that I had my gender affirming surgery. 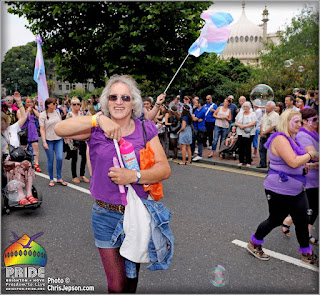 By the end of 2018 I had made pretty much all of the changes necessary, official documents, banks, building societies, insurance companies, pension companies, pension funds with former employers,  But every now and then something will come up that I've overlooked, maybe somebody I haven't seen for a while, or a letter addressed to my dead name. Often the worse is telephone calls where they simply won't believe I am who I say I am. Last year I had my credit cards stolen from an ATM, because an operator at one of the credit companies did not believe I was who I said I was while trying to report the card stolen an extra £200 was taken out of the account. ~ I got the money back but it was so much hassle and so stressful!

I often observe that coming out is a process rather than an action, by now I had hoped that it would no longer be necessary, that I wouldn't have to still be going through this and that people shouldn't need to know.

Email ThisBlogThis!Share to TwitterShare to FacebookShare to Pinterest
Labels: Coming out, Transition

Paula, I hear you! I was referred to London GIC at the end of 2018. Having heard nothing for 9 months, I decided to go private (a luxury many do not have). By the end of 2019 I had my therapist’s letter stating I was a candidate for hormone therapy. For a number of reasons, including getting COVID, I didn’t start until a year ago, in 2021. I am so glad I didn’t need to wait for the GIC, who I have not heard from yet, although it has been expensive. I am the nice woman who met you at the Christmas Concert back then. Lisa