Not really what I wanted ~ Part 1

Although Paula's Place started out very much as a "Trans" Blog I have been trying to get it to reflect the fullness of all aspects of my life and interests, but I can't always resist the need to convey to "civilians" some of what it means to be trans. I had a couple of interesting exchanges over the weekend that brought this particularly to mind.

I was playing with my fabulous blues band, supporting a charitable craft faire, a few people were working very hard to raise some funds for a worthy cause, so we helped ~ it's what we do!

I was wearing lace up high heel knee boots, black leggings and a black roll neck sweater, with "Christmas" earrings and my usual (pretty and very feminine) rings, so when I was called a gentleman I didn't react too well ~ I told the woman concerned that she was not being polite but incredibly rude and explained that if she wanted to be that archaic then the term should be lady! There were difficulties getting our gear onto the stage, so I will admit I was distracted and not in a particularly good mood. There was somebody else there who I have known for nearly 30 years, I see her occasionally, and has chosen to totally ignore me, to not even acknowledge my presence. Of these two I'm not sure which is the most offensive. I suppose that the miss gendering could be considered an error, but the blanking is a deliberate choice to insult!

A little later I was told off for being a bit harsh ~ WOW I wasn't sure how to react to that! In consequence I'm not sure how coherent my reply was, so here goes with a more considered reaction, it may help others understand why we can be sensitive.

Years ago, back in 2013, after my cross dressing had already destroyed my marriage, I finally got round to asking for some help. I went to my GP, and I was lucky, he was prepared to take me seriously, and checked to find out what the protocol was, back in those days the first bit of door keeping came in the form of a referral to the local mental health team. So off I trot to Bromley to see a "shrink" this was because the opinion at the time was that being trans was a mental disorder, and the first thing to check was was I capable of making decisions! Only after I had been certified sane could my GP then refer me to the London Gender Identity Clinic ~ Phew I could now start my journey properly.
Bare in mind that all this time I was living two lives, for example I have checked my old diary and find that I was at that time playing with the London Charity Orchestra, the All Souls Orchestra (Evangelistic Evangelical Christian Orchestra) and the London Gay Symphony Orchestra ~ apart from being the three best amateur orchestras in London two of them are usually mutually exclusive! I was going to a Trans and Cross Dresser support group while trying to lead a Church home bible study group. I was busy, but in many ways I was struggling, struggling to know how I fitted in, who I was, how was I going to live! 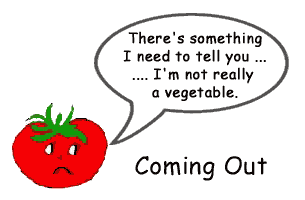 By June 2014 the cracks were beginning to show big time, and I came out to all of my musical contacts and after that point all of my music played as Paula! Although I was already out to a select few friends looking back I think this was the proper start to my coming out process.
The start of coming out, not the start of being trans! That started when I was born ~ just like everybody else I was not born a man or a woman, I was born a baby! But as long as I can remember I had a confusion about who I was, how was I male when I felt female? I wasn't particularly attracted to traditional female roles, but I still knew that I had a very strong female nature, I was not in the least feminine but still needed to release my femininity. Prepuberty this took the form of role play games, imagination games etc. later it extended into furtive cross dressing and crying myself to sleep most nights. It seems strange looking back now, but I assumed that depression and confusion were just part of growing up ~ I often observe that I was very rarely happy at school, I less often admit that I was very rarely happy!
Everything saw, everything heard told me that IT WAS WRONG ~ there were jokes about traveling in ladies underwear, cross dressers were ridiculed, the only trans person I heard about was April Ashley  and the way the media of teh time treated her made me even more frightened of admitting to "this thing" so at some point I made the decision that as I couldn't do anything about it I would simply have to try to be the best man I could be. Let me make it clear I have never wanted to be a woman, I wanted to be a man, I tried really, really hard to be a man, I devoted the vast majority of my life to trying to be a man ~ in the end I simply could not do it.
To be continued:-
Posted by Paula at 12:47

Email ThisBlogThis!Share to TwitterShare to FacebookShare to Pinterest
Labels: Coming out, Transition

Hello Paula
I'll get the silly bit out of the way first.
Please take a look and amend your very last sentence in this well written post.It kinda "Jarred" me a little. When you look it will be aan obvious typo thaat anyone could make. If you find any here its because I suffer or rather my laptop suffers from "sticky" fingers and it more or less trples the amount of time it takes to type anything out.

I had no idea you have/have had a connection with an evangelistic I'd to know more about thaat as I have had regular good exxperieences with my local cchurch. Thankyou aand havee a safffe and prosperous xmas hols