Don't You Know Who I am?

You'd think that after Blogging for over 10 years (Paula's Place opened it's doors on 29th August 2011) with 1744 posts under my belt, it would seem reasonable to expect you to be getting some idea about who I am. Of course like everybody else I am an amalgam of many things, and to different people different aspects of my persona will be more dominant than others. Looking back over the Blog this is reflected in the breadth of subject matter.   Early on it played the role of confidant, not really expecting many readers it was my chance to write about (and photograph) aspects of my life that at the time I wasn't sharing with my family or friends.   Sharing with this confidant helped me to come to terms with who I am ~ and the understanding that I am not who I thought I was back in 2011.

During those ten years a lot has changed in my life, just as a lot has changed across the Country. I don't expect things to stop changing, or indeed the rate of change to slow down much, either for me or the Country.  I've written a lot about my growing gardening business, my musical career, recently I have been writing more political observations. My current period of enforced leisure is giving me cause to reflect on just where I go next and exactly when

Collectively at the moment we can't get goods or fuel to retailers, we can't find staff to do the jobs we don't want to do. In short we are paying the cost of underpaying, and underinvesting for the years we could get away with importing cheap labour. Now we are going to have to start paying our lorry drivers, our fruit pickers, our abattoir workers, our cleaners, our waiters, and all those other under paid, undervalued roles a sensible living wage. Of course this means that these extra costs will have to be passed on to the end user (us!) so we can expect an extended period of inflation. Don't expect the Government to be too active trying to stem inflation, it will suit them quite nicely as inflation always helps reduce the impact of government debt, and there's a lot of that just now. 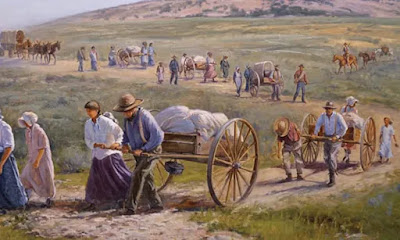 I recently suggested to a friend that "We're all going to hell in a handcart" he replied  "No - the Government have just announced a shortage of skilled handcart operatives and anyway the carts are being used for supermarket deliveries, so we'll just have to walk" 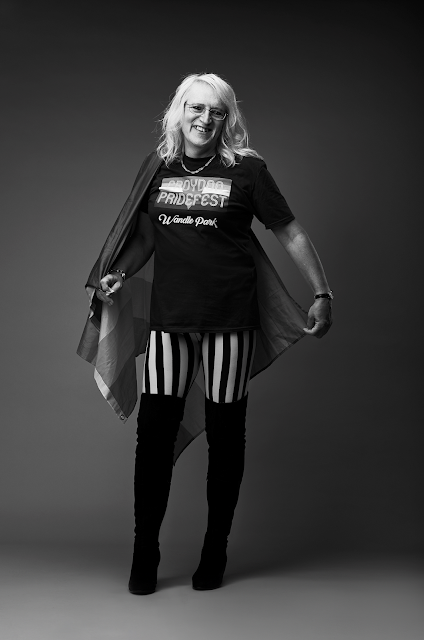 But what actually inspired the title of this post was what seemed to me to be a very strange situation I found my self in last week (before my confinement! I was making one of my frequent visits to our local recycling center, emptying a sack of green waste when a stranger stopped and "OH, I recognise you! Your photo's up in the town center!"

Yes it is, it's been there now for about 2 years and that's the first time I'm aware of anyone I don't know has commenting on it. I actually think he was doing well to recognise me with my hair tied back and in my work clothes!

As I drove out I wanted to shout at the staff there "Don't you know who I am?"

What a great photo of you! And yes a lot has changed for all of us in the last 10 years. Some good, some bad.

So now I'm following and friends with a famous person!

Perhaps going to hell on foot will be slower? I do hope so.
Thank you for your visit to my blog. It most definitely ISN'T too late to join Words for Wednesday and we would love it if you did.
LL Cool Joe is right about the photo too.

Well done on still blogging over ten years later. So many have fallen by the wayside.