There was a time in my life when the only meaning I associated with the term "Full Time" was the final whistle at the end of a Rugby Match.   I have moved on a bit since then, although I do miss being able to play the best of all games.

I remember the first support group meeting I went to, looking back on it I would admit that I was not really dressed appropriately, I think I may even have broken my golden rule about frightening the horses, even so I had a rather special evening associating with other girls, being out in public, in a safe environment.   I remember having a few surprises, there were a couple of girls who I could not believe were other than genetic and another couple who made me feel quite good about my own presentation, but we were all just ordinary people who found ourselves with an extraordinary condition.   One of my surprises was when one of the "more senior" ladies present asked me outright why I wasn't full time?

I can't remember if I had even heard the term used in this way before, but the meaning was quite clear, being rather surprised my reply was simply that I had family responsibilities, and thought little more about it.   Every now and then I hear about somebody announcing that they are going to go full time, or that they are now ready to.   Every now and then I find that I myself considering what would be involved in going full time.   Then yesterday I realised hat I actually have. 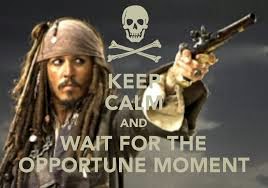 Without any conscious decision being made I have found that over this last week I have in effect gone full time.   Last week I went to both a rehearsal at my Church and a CIWM meeting authentically,   I also came out to my RSCM committee and the All Soul's Orchestra and have received nothing but support.

Then on Sunday evening I was scheduled to be playing with the worship band for our evening service, when it came to it I just couldn't bring myself to "butch up" and so didn't bother getting changed, just refreshed my lippy and went.   While in no way was I particularly flamboyant I would say that I was pretty obviously presenting female.   I don't know what I was expecting or indeed what I feared, but there was no drama, no lightening bolts, and not even any comments.   I suspect that my being trans in now such old news that everyone was just waiting for it happen!

I have now told so many of my customers that I have no idea who I haven't told.   A quick check tells me that basically it is now just my Mother and one  customer who are yet to be told.   I will not be telling my mother, and I will await the "Opportune moment" to tell my customer.
Posted by Paula at 19:40

Email ThisBlogThis!Share to TwitterShare to FacebookShare to Pinterest
Labels: Church, Coming out, work