Just like buses, you  don't see one for months then two come along together! 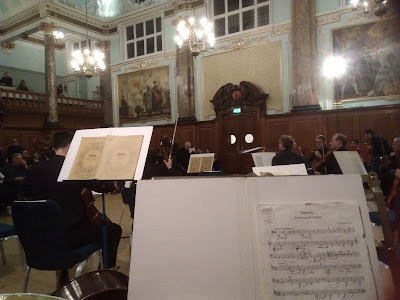 Yesterday I played with the Kensington Philharmonic Orchestra, I was drafted in at the last moment as their regular tuba player had been struck down with the lurgy. They turned out to be friendly bunch, and there were a couple of familiar faces there which is always nice.

It was a great program starting with Sibelius's Finlandia ~ I certainly couldn't let them try to play this without a tuba. As I had an Allegra rehearsal in the morning I was unable to rehearse this with the orchestra but I think I have played it often enough to have "got away with it" in the concert! 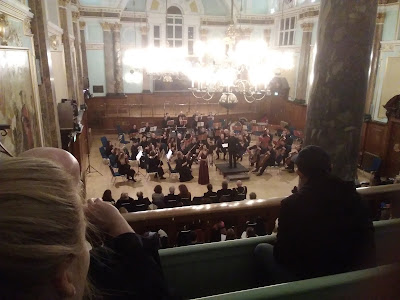 I wasn't involved in the second piece, the rather sublime Strauss Oboe Concerto with Layla Baratto as the soloist. It always amazes me how anyone gets good at the oboe, it takes so long and so much effort before you can even make a nice sound, I am so glad that some persist, I enjoyed listening to this enormously. 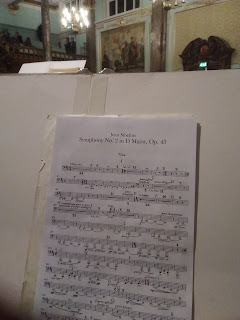 After the interval we concluded with Sibelius' Second Symphony. I always find this a very difficult symphony to keep track of. In many ways it is a case of it not being the notes that are difficult, but the rests! Always a challenge, but to come in with less than a single full rehearsal, with an orchestra and conductor I've never worked with before this was certainly a test of my skills as a performer. I think we rose to the occasion and managed a good performance, the audience certainly enjoyed it!

The hall? another first for me, although I used to be a regular at the gym in the same building, have been a member of the library there, and attended a wedding at the adjoining Registry Office this was the first time I have actually been in the main hall, never mind performing there.