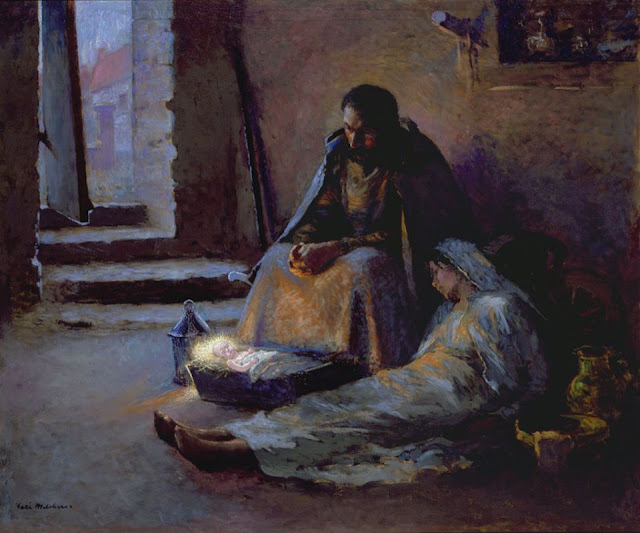 There are many nativity scenes, painted, models, and even a few photos now. This is one of my favorites ~ no angels, no cute lambs, no wise men; just a watchful father and a worn out mother.

The artist (I'm afraid I've forgotten who) also understands what was meant by the "no room at the inn" bit. People like Joseph and Mary would not have stayed in what we would recognise as an inn, they would have stayed with friends or family. Modest houses at the time would have been single rooms with living, working and sleeping space all overlapping with space keeping animals safe and secure.

The inn referred to would have been the raised platform on which people would have slept and eaten, when not using the roof (Hence Deuteronomy 22:8 ). With lots of family staying in the house there would not have been space for childbirth on the platform, so they would have moved down to the floor, where normally the animals would have been kept, hence the stable.
Posted by Paula at 09:30